Skip to content
Home » Buying Car Insurance » Insurance Based on Vehicle » How much is car insurance for a Ford Fusion Hybrid?

How much is car insurance for a Ford Fusion Hybrid?

Home » Buying Car Insurance » Insurance Based on Vehicle » How much is car insurance for a Ford Fusion Hybrid?

According to the Environmental Protection Agency, the 2011 Fusion Hybrid gets 41 city/39 highway mpg, and the 2012 Fusion Hybrid is expected to feature similar ratings.

The EPA explains that a typical driver can expect to pay about $1,317 for gas and use about 8.8 barrels of oil annually. The gas-powered Fusion uses over 12 barrels per year.

The Fusion Hybrid emits roughly 4.8 tons of CO2 each year under normal driving conditions, compared to about 7.2 tons for a regular Fusion.

How much is car insurance for a Ford Fusion Hybrid? 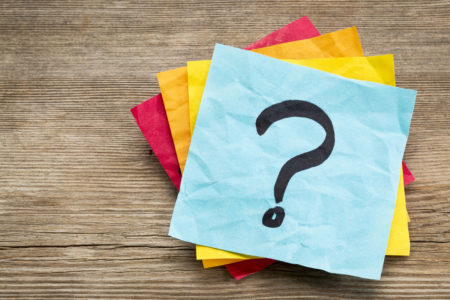 NADA reports an average monthly auto insurance cost of about $106 for the 2012 Fusion Hybrid for drivers with over six years of driving experience. That adds up to $1,272 per year and $6,360 over five years.

If you have only three to six years of driving experience, though, you’ll pay about $200 per month, and your rates will climb to over $300 per month if you have less than three years’ experience.

The Nissan Altima Hybrid also costs about $106 per month to insure, according to the NADA, but the average driver pays just $92 per month to protect the Honda Civic Hybrid.

Chevrolet Volt auto insurance typically costs around $114 a month, and car insurance for the Hyundai Sonata Hybrid costs about $132 monthly for most drivers.

To insure a Toyota Prius or a Camry Hybrid, you should expect to pay about $133 monthly. Though these differences in monthly rates may seem small, consider that you’d save nearly $850 over five years if you paid $92 per month instead of $106.

The NADA projects that for each of the first two years that you own your Ford Fusion Hybrid, you’ll pay approximately $181 in maintenance costs.

The Fusion Hybrid’s third-year overhaul will cost about $1,467, and the fourth-year scheduled service bill is estimated to be $331.  This total represents a savings of a few hundred dollars over what many other hybrid sedan drivers pay for maintenance.

For instance, the NADA anticipates that the average driver will pay about $2,994 to maintain a Sonata Hybrid and $2,622 to support an Altima Hybrid.

Estimated scheduled maintenance costs for Toyota hybrids, including the Prius and the Camry Hybrid, are $5,000 or more. The 2012 Fusion Hybrid’s repair costs are usually covered under warranty for the first two years of ownership, but the average driver pays about $427 in repair costs during the third year.

Except for the Altima and Civic hybrids, which cost about $1,500 each to repair for five years, the anticipated 5-year repair costs for most combinations are under $1,000.

For instance, projected costs for the Chevy Volt and the Toyota Prius are both less than $850, and 5-year repair costs for the Hyundai Sonata Hybrid are expected to total just $636.

The 2012 Fusion Hybrid is under warranty for three years or 36,000 miles, and its powertrain is covered for an additional two years or 24,000 miles.

The Hyundai Sonata Hybrid features a more extended basic warranty than the Fusion Hybrid, at five years or 60,000 miles, and its powertrain is covered for ten years or 100,000 miles.

However, it does not feature a separate warranty specifically for hybrid parts like the Fusion Hybrid does. In order to get this package, though, you must also add on the “Driver’s Vision” package, which incorporates a rearview camera and rain-sensing wipers. Together, these packages cost an additional $1,745.

For $4,095 over the base price, you can add on all of the features included in these two packages, plus a navigation system and heated, leather front seats.

When it comes to safety, there’s no doutb that the Ford Fusion is first and foremost safe for the environment. And it’s likely why you purchased it in the first place. Whether you’re doing your part by recycling, eliminating e-waste, or purchasing this car, helping the environment is important to you.

Fortunately, the Ford Fusion is also safe for drivers.

The Ford Fusion Hybrid is an Insurance Institute for Highway Safety “Top Safety Pick,” which means that it received top scores from the IIHS in crash tests.

This system allows the vehicle owner to set profiles for different drivers, which restrict the vehicle’s top speed and mute the vehicle’s audio functions until all seatbelts are fastened.